Welcome to the September 2014 edition of our online Newsletter. Please send a link to this page to as many interested persons as you wish. If any of the external webpages linked herein have been taken down, try to find another source by cutting and pasting the actual title of the article into your search bar. To assist with a fair and balanced discussion, our primary focus is upon the side of the story you may not hear from industry and their obliging government regulators. Be sure to check out all our newsletters. Taken as a whole, they form a comprehensive overview of emerging technologies, scientific findings, safety reform, and the worldwide EMR debate.

EMR Aware is a not-for-profit association based in Byron Shire on the Northcoast of NSW Australia. In addition to relaying the latest news from contacts worldwide, our group provides commentary on local issues, as well as a range of free community-oriented services. The latter include educational literature, audiovisual presentations, and a DVD containing thousands of research studies on the adverse effects of electromagnetic radiation (EMR).

EMR Aware will have an information table at this event to be held from 10am to 6pm at the Mullumbimby Community Gardens. On hand will be scientific documentation on the known health and environmental impacts of EMR, as well as simple ways to limit one's daily exposure. In addition to this, we have been allotted a one hour time slot, from 11:30 to 12:30, to speak at the Sustainable Innovations venue on site. The theme is "Electromagnetic Radiation - Concerns and Informed Choices". While our service is free of charge, there is a $10 general entry fee to the grounds. We hope to see you there.

Coincidentally, one of the keynote speakers at this event is Professor Ian Lowe of Griffith University. He is President of the Australian Conservation Foundation, and policy adviser to the Radiation Health and Safety Advisory Council, and ARPANSA. The latter is the Government corporation responsible for setting safety standards for public exposure to EMR. This could be a good opportunity to meet him and express your informed views. http://www.griffith.edu.au/environment-planning-architecture/centre-environment-population-health/staff/ian-lowe 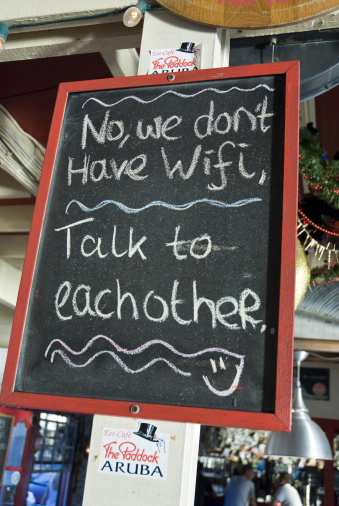 Recent correspondence with Cr. Paul Spooner, the proposer of a plan to install public Wi-Fi in our major town centres, indicates the matter is currently under study by Council staff. It was advised a "roundtable" discussion would then be convened, although a time-frame was not given. When asked if members of our group could attend, either to provide supplementary information, or as observers, Cr. Spooner said, "(I) will check out the possibility and get back to you". No further response has been received at time of this publication.

It was previously stated by the Mayor, and in Council Chambers that the plan, once formulated, would be put to the community at large. A similar attempt by a local business last Winter resulted in significant public opposition on health grounds. If anything, this concern has increased, driven in part by the local proliferation of other EMR sources, such as NBN towers. Telstra recently announced they will be blanketing nearly all of Australia with 100,000's of their own subscriber-based internet hotspots. This innovation is no doubt to be adopted by other providers. It begs the question, why our Council is entering the game to begin with, who would use it, and is there a credible cost benefit to ratepayers? 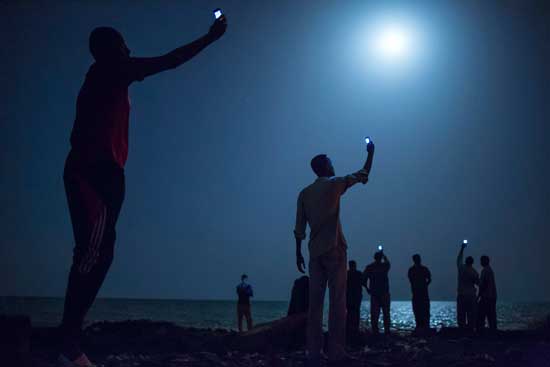 A recent TV segment by Australian Current Affairs explored the increasingly clear link between mobile phone use and brain cancer. It examined the plight of one family who believes it was the reason for the death of their son at a young age. Several years ago Dr. Charles Teo, resident neurosurgeon at Prince of Wales Hospital in Sydney, raised the alarm, also on TV, prompted by what he saw as a sharp rise in similar cases. This statistical trend appears to be escalating worldwide. The latency period for injury caused by low level microwave exposure can be decades. Yet industry-funded studies and research are often formulated to observe a far shorter period.

A poll regarding the content of the above TV story was included on the presenter's website. It asked a question to the effect, "do you limit your mobile phone use because of health concerns". One hour after the show, the response was 49% "yes" and 51 percent "no". As the truth becomes increasingly obvious, phone companies are being compelled by their insurers to issue appropriate warnings. Sadly, these are often buried in the fine print, and most users continue to take holding a microwave transmitter against their head for granted. It doesn't help spread the word when our major telco runs TV ads showing people doing just this. 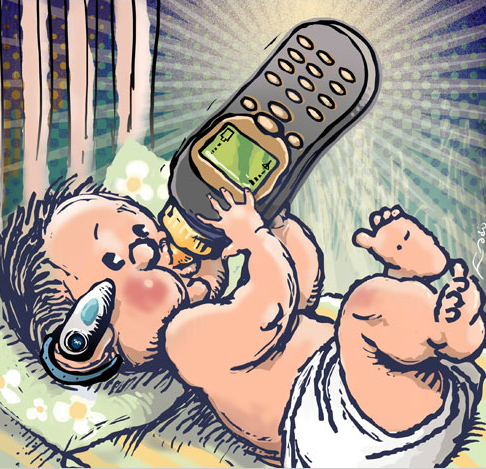 Are mobile phones affecting our behaviour in ways we cannot recognise? They are certainly proven to alter brainwave patterns and sleep cycles. But here is amusing observation by a long-time restauranteur on changing customer behaviour. http://www.lifebuzz.com/restaurant-truth/

Smart Meters - Smoke on the Horizon

Want to exercise your rights and refuse a smart meter? This article is a good indication of how network providers operate, according to the experience of one householder: http://www.zengardner.com/smart-meter-roll-gets-personal-australia/

This webpage provides several approaches to avoiding this situation. http://www.emraware.com/opposition.html

In addition to delivering health issues, the smart grid effectively turns your life into a metered event. As illustrated below, personal activity and habits can be profiled though monitored daily appliance usage. Each electrical device has its own pattern of consumption. Here is an amusing example where partying teenagers were spied upon by their parents. So are we grown-ups, or children to be constantly watched and controlled? http://www.rowetel.com/blog/?p=2381 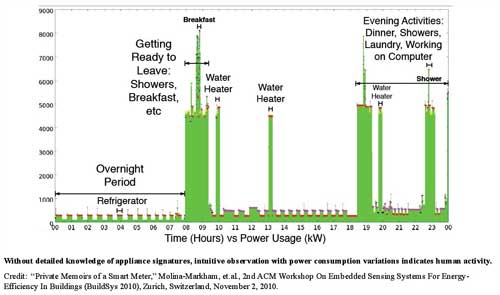 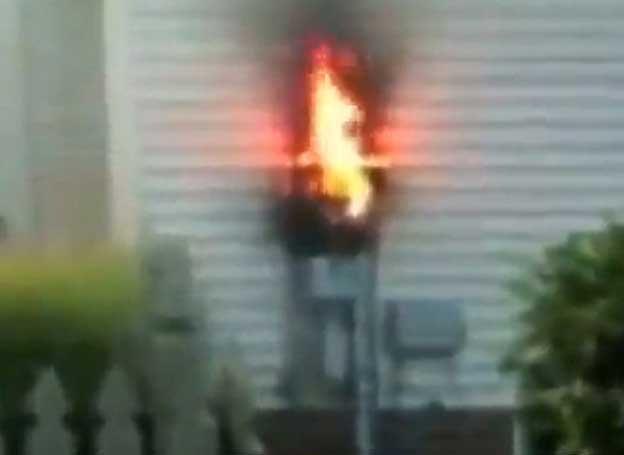 Smart meters come and smart meters go ... sometimes in an unexpected fireball. The good news from Canada is that a few local governments are finally seeing the light. Let's hope it catches on here. Will your insurance cover you for a home or business is damaged in a smart meter fire? Maybe you should ask them to confirm it in writing.

The National Broadband Network is proceding to erect thousands of wireless internet towers in rural areas where they claim fibre optic cable is unaffordable. Residents concerned about this second rate and electropolluting technology are forming groups and educating themselves so as to create an effective opposition. In Clothiers Creek, East of Murwillumbah, one group has obtained individual blood tests to provide a baseline for future litigation in the event abnormalities arise. This is an established clinical methodology that can document the near instantaneous effects of microwave absorption.

NBN wireless employs 4G LTE which departs markedly from prior art in several respects. Among these is its ability to process multiple signals simultaneously, thereby constituting a potential for proportionately higher levels of exposure. Other new features include beam-forming, spatial multiplexing, and polarisation diversity. It may not surprise our readers that little if any research has been conducted on the possible health effects of these new capabilities. Once again, we are the testing ground. 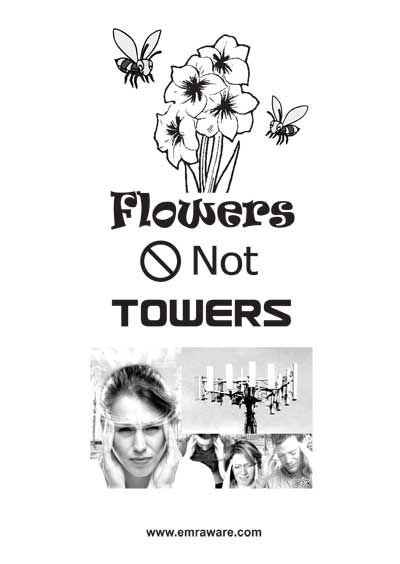 To make towers a smaller target for opposition, telcos have adopted the amusing practice of concealing them within architectural features, or fabricated natural objects like trees or cactus. Here are a few examples. http://twistedsifter.com/2012/08/examples-of-cell-phone-tower-disguises/ 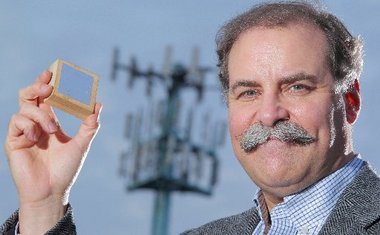 Of course, the ultimate goal is to make "towers" so minute as to defy identification, and then spread them thoughout wide areas to improve reliability as well as reduce the necessary strength of the transmitted signals. As indicated by the photo above, technology is progressing in that direction. But, in the case of biologically invasive microwaves, out of sight does not necessarily mean out of mind. https://www.youtube.com/watch?v=naPStL0kyXw


Don't Step on My Bluetooth Shoes

This product one deserves a remake of that Elvis Presley's song. The trend toward wearable technology is not an innocuous fad, but has several implications that should be taken seriously. Is it being offered for your well-being, or to collect data on what makes you tick? Sensors on wristbands and clothing relay biometric data, such as heart and breath rates, eye movement, and emotional state, back to the phone company and their friends in commerce and government. In the process, you get skin-tight with radiofrequency EMR. Be careful that what you wear is not wearing you. http://betabeat.com/2014/07/new-bluetooth-enabled-smart-shoes-vibrate-to-give-you-directions/#ixzz3A1PGln7M

Want to get even more intimate with microwaves? Maybe it would be advisable to first read the research on how they affect the reproductive system. https://www.kickstarter.com/projects/892018590/kgoal-smart-kegel-trainer

While on the subject of surveillance, here is an article about how much some people are willing to be exploited for the sake of an electronically simulated social life. http://www.washingtonpost.com/news/the-intersect/wp/2014/08/04/yes-the-facebook-messenger-app-requests-creepy-invasive-permissions-but-so-does-every-other-app/


CFL's - More Than Meets the Eye 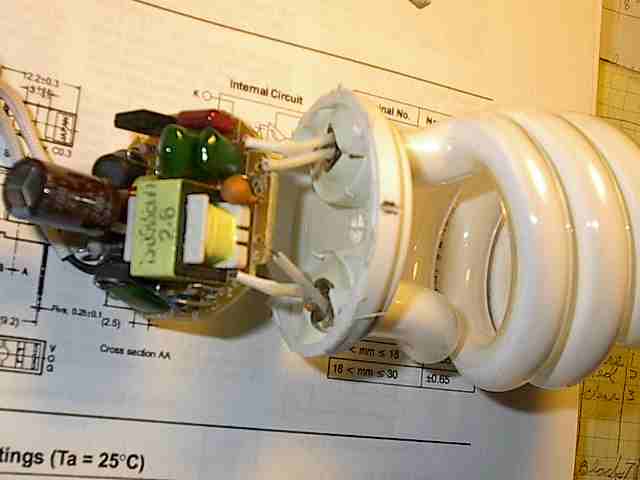 The sales pitch is that compact fluorescent lamps (CFL's) are "green" and good for you, and the planet. Well, they do use less power. But to do so, they incorporate a voltage converter as seen in the disassembly above. This emits throughout the room EMR at between 25-60KHz. Its rapid switching operations also feed electrical spikes, or "dirty electricity", into the building's wiring system, which then permeate the entire enclosed space. Mercury content and UV emission are other inherent drawbacks. Note that LED lamps are widely promoted as "eco-friendly", but also contain a converter circuit.

If you are concerned and seeking a viable alternative to such fittings, there are several options. One is halogen globes that look like the old-style incandescent ones and fit into a standard mains socket. While sale of genuinel incandescent lamps is now "banned" by law, spotlamps such as the R80 are still available in many stores since they remain the most compatible with dimmer switches. They also produce a more "natural" spectrum of light than the other sources mentioned.

Here is a lengthy but informative discussion about the general effects of exposure to EMR and how to mimimise them. https://www.youtube.com/watch?v=qr2jn4G_6DY

An educational DVD, compiled and regularly updated by our volunteers, is available to anyone free of charge. It contains thousands of documents, both scientific and editorial, on the biological and health impacts of all types of EMR. This is the resource you need to counter incomplete or misleading safety claims by industry reps. For further information or technical support on related topics, email us at: contact@emraware.com.

The following page of our website contains similar reading material in the form of bookmarked external web pages. These are arranged by category for convenience. http://www.emraware.com/emr_links.html

Please note, we request that our published materials not be sold or used to promote commercial products.